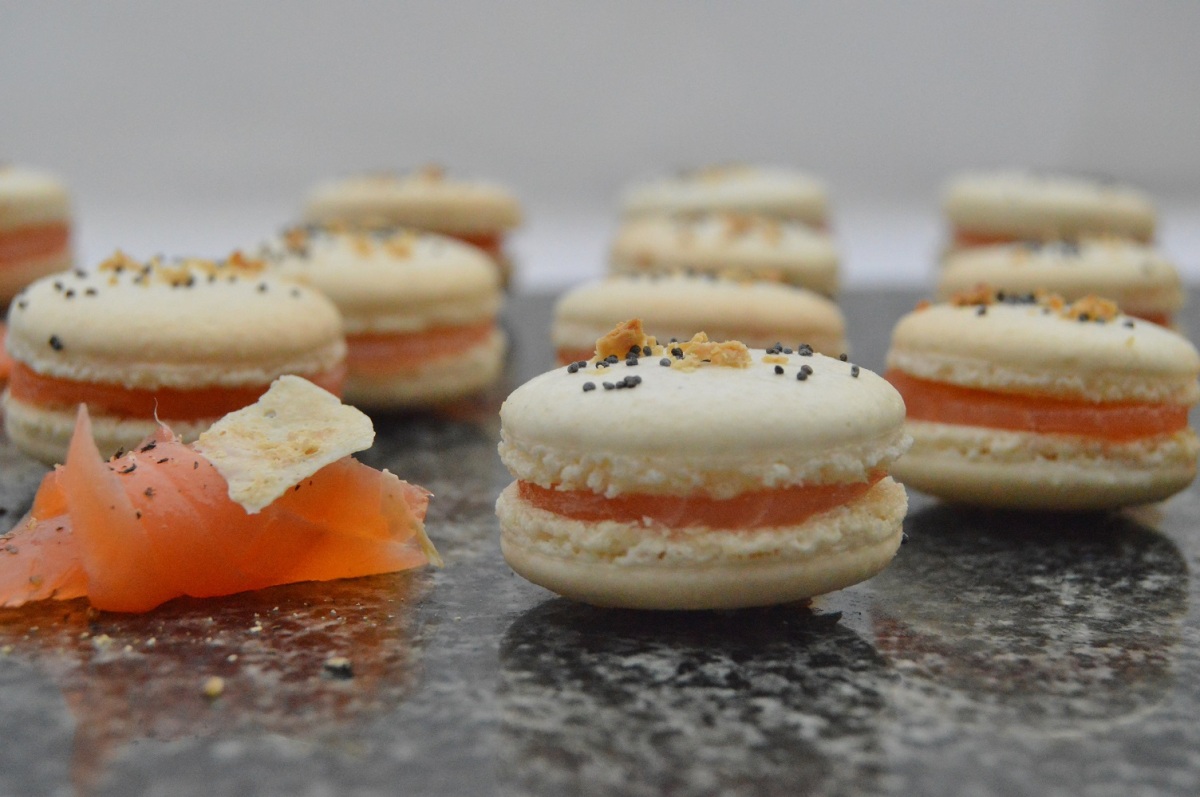 Although I often go for macarons filled with a fruit ganache, this time I’ve gone for savoury macarons. The light sweetness of the shell is a perfect foil for each of the savoury fillings I have used, with the gentle saltiness coming from the fillings creating a flavour contrast that is, quite simply, divine.

I decided to use two fillings from a batch of macaron shells, each inspired by two of my favourite starters:

In each case, the filling flavours come through well without over-powering each other.

I also include photos of and the recipe link for smoked salmon and horseradish macarons.

I use the recipe I have in an earlier post, that also has full details and key tips for successful macarons (here), but without the fruit powder. And rather than use just almonds, I went for a 40%-60% mixture of walnuts and almonds, ground together with the icing sugar to give the fine powder needed for smooth macarons.

Don’t try to add too many extras to the macaron mixture!

Be careful not to add too many other flavours to the macaron mixture. I have found that adding things, apart from varying the nuts (see above), gives poor results to the baked shells. In the picture below, for example, which was from a batch to which I had added just a little finely grated Parmesan, they domed up but were very rough, some cracked horribly (the fat content of the Parmesan!!): 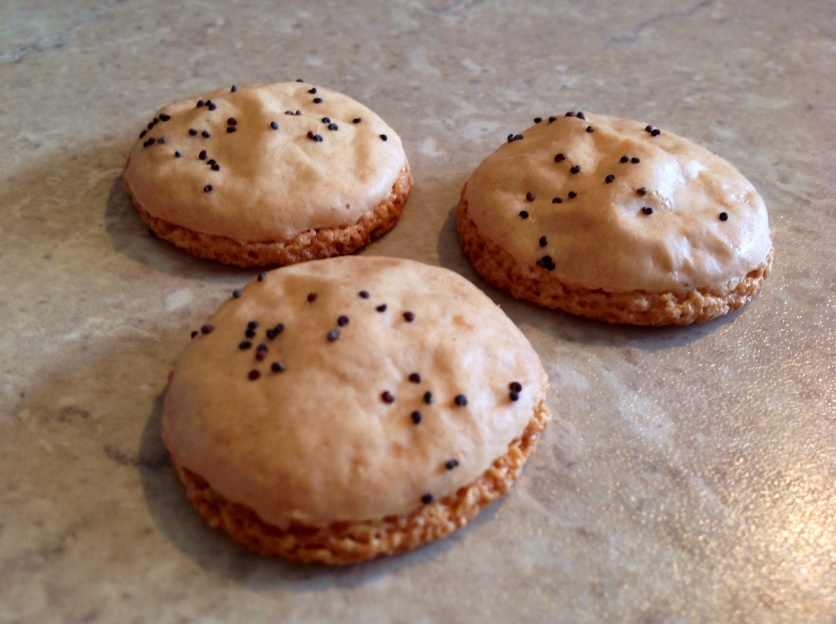 So it is far better, I think, to keep the macaron mix standard but instead sprinkle the just-piped macaron mixture with a few carefully chosen added flavours such as poppy seeds, sea salt, grated Parmesan: that way, the shells themselves will bake properly, and you get a savoury burst from the top of the shells (as well as in the fillings, which is where you can go all-out for the savoury flavours) 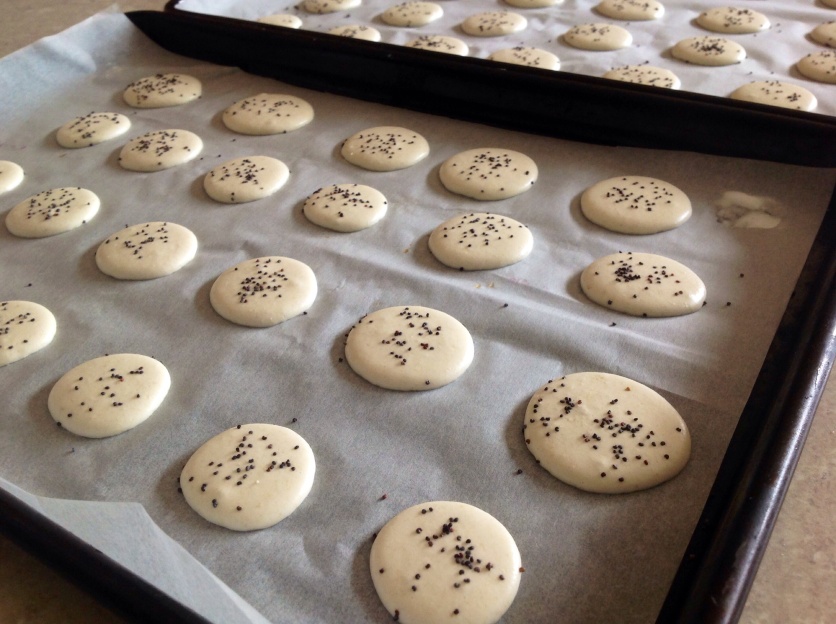 A little finely chopped fig, topped with discs of Parma ham and then a small amount of ricotta to which a little spritz of lemon juice has been added. Used to sandwich the poppy seed-topped shells

A light brushing of balsamic glaze, a disc of thinly sliced roasted beetroot, topped with a small amount of puréed local goats cheese to which just a little freshly grated horseradish and freshly milled black pepper have been added.

I grilled the rind of the goats cheese and chopped it very finely, adding a little of it to the goats cheese mixture which added another level of flavour. Used to sandwich the salt-topped shells.

Why not try my smoked salmon and horseradish macarons? The rich smokiness of the salmon, the gentle heat of the horseradish and the crisp sweetness of the macaron shells: perfect flavour partners.

My recipe for these macarons is here.