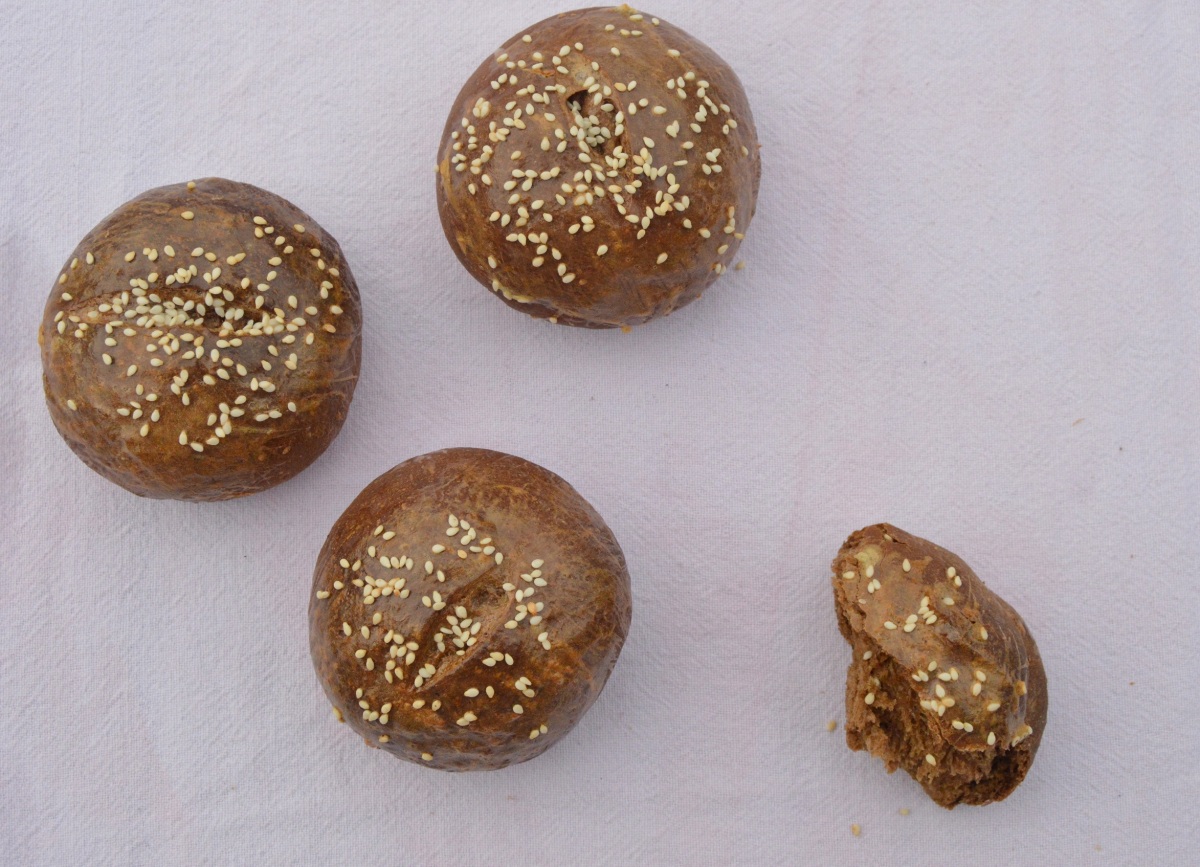 A fairly new ingredient to me, I tried my first black garlic just the other day: I just peeled it and ate it as it was. I have to say, I initially had mixed feelings about the flavour:  concentrated balsamic vinegar with a hint of aniseed, with a sweet garlic flavour (more like roasted garlic flavour than raw garlic) just coming through.

However, when used in baking it is a wonderful ingredient and gives a great flavour. My first bake with black garlic was bread. 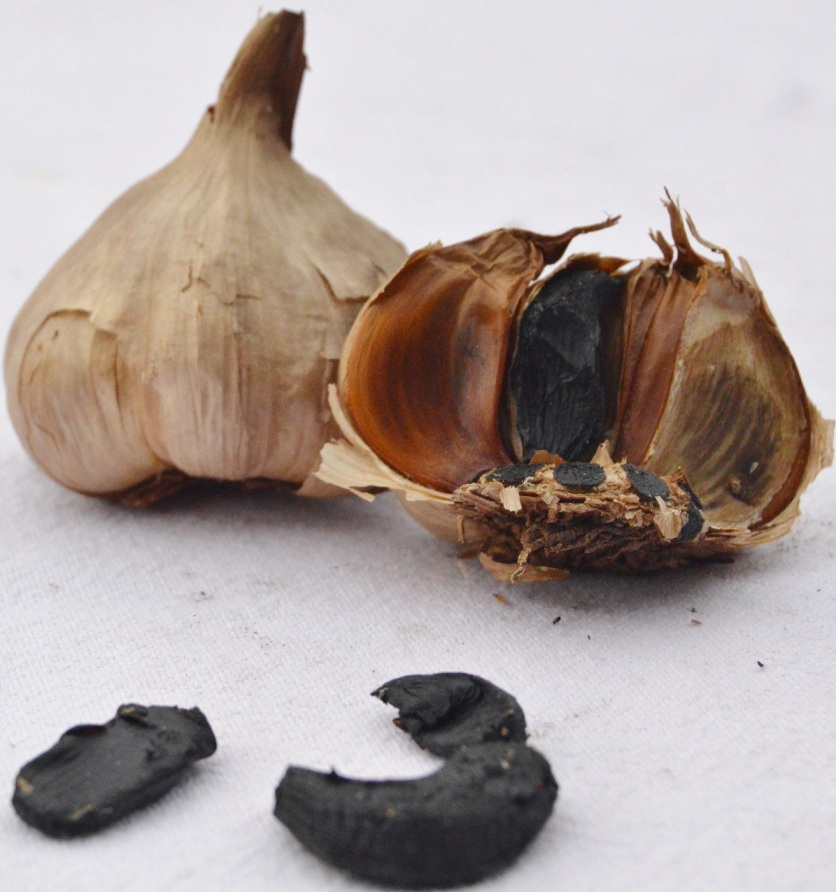 I made up a bread dough with just a little yeast so it could cope with a slow rise in the fridge without over-proving, before shaping the dough – this is an approach I almost always go for with bread for maximum flavour.

Flavour throughout the dough

Some of the garlic is crushed and worked into the dough from the start: something I often do with flavoured breads so that the flavour runs through the dough rather than just having plain dough with little bits dotted about. The dough takes on an almost chocolate-looking appearance.

As a bread it really is terrific and both myself and my partner could not get enough of it just split and spread with unsalted butter: the baked bread itself has a lovely depth of flavour with a hint almost of treacle, without the sweetness of treacle.

I will make this bread again very soon as it was so moreish, but I will experiment with other flavours in it too: crushed walnuts spring to mind……And I cannot wait to make a sourdough version.

(1) Mix the flour, yeast and salt in a bowl. Crush the garlic roughly with the flat blade of a large knife or spoon. Add to the flour and mix well. Add most of the water and mix to a soft dough, adding more water if necessary. Knead for about 10-15 minutes until very smooth and elastic. Don’t worry about any small chunks of garlic as they give nice extra flavour bursts in the bread. 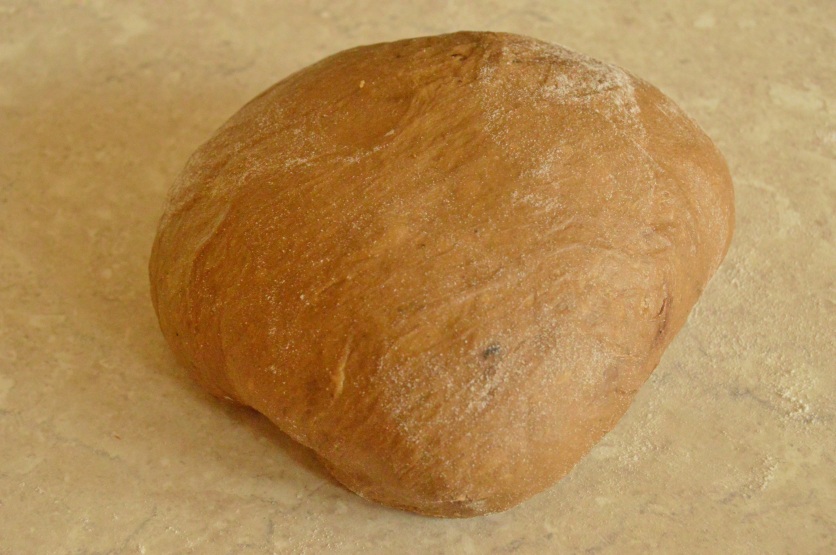 kneaded and ready to prove

(2) Place the dough in a bowl and cover with clingfilm. Leave in the fridge until it has doubled in size: overnight is best or throughout the day. But the slower the better for flavour!

(3) Turn the dough out onto a lightly floured surface and knead lightly to knock out a lot of the air in the dough. Split into 8 pieces and shape into rolls of any type. Cover loosely with clingfilm or place in a large plastic sack. Leave to prove at room temperature until well risen.

(4) Brush with a little beaten egg and bake at 200C(fan) for about 20 minutes, brushing again after about 15 minutes and sprinking with sesame seed or poppy seeds for the remaining 5 minutes or so.